Our take on what crypto and blockchain is all about.

Towards an Internet-native economy

1.CYCLES OF INNOVATION IN INFORMATION TECHNOLOGY

​3.THE DEVELOPMENT OF BLOCKCHAIN TECHNOLOGY

1. CYCLES OF INNOVATION IN INFORMATION TECHNOLOGY

The world’s most valuable companies are born during platform shifts. During platform shifts, new entrants have the opportunity to build services that make use of the new functionalities provided by a new platform. Today’s web incumbents (GAFA) managed — exceptionally — to thrive over two platforms as the primary business model (gathering data and selling ad space) remained the same over both the Internet and Mobile eras. When a new computing platform changes the prevailing business model, new entrants have an opportunity to dethrone the incumbents. Blockchain technology changes the primary business model for online businesses by making data open.

Computing platforms are the infrastructure of information technology. A new computing platform introduces new features and opens up new distribution channels. The computing power of PCs enabled the creation of tools such as the spreadsheet and the word processor; the Internet as a global information network connected the PCs into one shared communication network; and the smartphone made PCs mobile and added new features such as location-based services and the camera.

Blockchain technology is a new computing platform. Blockchains enable a global community to create and maintain open and shared databases. Companies have traditionally been tasked with processing and storing data, and maintaining databases. Transferring this responsibility to a global community means that businesses can now be operated in a peer-to-peer network, without the involvement of a traditional company. Businesses that are operated by a peer-to-peer network offer better services than their incumbent competitors. The services provided by blockchain protocols are superior due to their openness (open source), cost-efficiency (global competition), and distribution (the Internet).

A blockchain protocol as a global marketplace is the most cost-efficient way to provide a specific service. Concentrating the supply and demand of a specific service into a single place leads to most competitive prices. Due to the open and global nature of the Internet, competition among blockchain protocols means that the winning protocol is only able to extract the bare minimum fee required to keep the network secure. However, from an investor’s point of view, this is not an issue since blockchain protocols operate at unprecedented scale. Creating a payment network owned and used by 7+ billion people has not been possible before.

​Blockchain protocols are owned and operated by global communities

A token gives its owner both economic and governance rights. Tokens can be programmed to possess both economic (profit participation) and governance (voting) rights. It is in the interests of the tokenholders to grow the blockchain protocol into becoming a global and cost-efficient infrastructure component, on top of which anyone can build their own end user application. Similar to traditional shares in a company, tokens are created to encourage their owners to participate and contribute to the development of a blockchain protocol.

Internet protocols transfer information between computers, but cannot store it. Internet protocols are only capable of transferring information between computers. For example, the SMTP protocol (simple mail transfer protocol), which is used in email communication, enables a near real-time and worldwide communication. The problems is that the SMTP protocol (and other Internet protocols) cannot store the messages sent through it. If the recipient of an email message does not write down the message (content, delivery time, relation to other prior messages, etc.), the message disappears into cyberspace. The user experience is very limited, even if the potential is significant.

Companies process and store information sent via Internet protocols directly into their own, closed, and proprietary databases. Since the SMTP protocol is unable to store the messages sent via it, a third-party company (e.g. Google) has economic incentives to build a database to store those messages. Based on the data stored, the companies build their own end user applications. On the current Internet, the primary business model is to gather data. The more data a company is able to gather, the better it can develop applications liked by end users. Better applications attract more users and their data, which in turn further enhances the companies’ abilities to create better applications. This is called the data network effect. The end result is that a majority of the population uses only a handful of services, and all the data gathered by those services is stored in the closed and proprietary databases of a few large incumbent companies.

Blockchain technology provides economic incentives for global communities to maintain open databases (the maintenance of a database is a prerequisite for being able to provide a service). The data concerning different services can now be stored in open databases that are collectively owned and maintained by worldwide communities. A blockchain protocol is made up of the protocol (business logic) that pertains to the service it provides, and the database that stores the data generated as a result of applications using it. Today, many industries have their databases siloed between thousands of different companies. A blockchain protocol can replace these proprietary databases with one universal and open database.

Applications are built on top of blockchain protocols

3. THE DEVELOPMENT OF BLOCKCHAIN TECHNOLOGY

In the beginning, Bitcoin attracts technology hobbyists, cryptographers, and economic liberalists. Bitcoin and the transaction efficiency enabled by blockchain technology raises the interest of many leading technology investors. Both entrepreneurs and investors see the lack of secure token trading and custody solutions as an attractive opportunity to build companies that establish better bridges to a parallel financial system. Andreessen Horowitz and Union Square Ventures invest in the token trading and custody platform Coinbase in 2013.

Many service providers are hobbyists who lack the capabilities to operate secure token trading and custody platforms. Many token exchanges and wallets are operated carelessly, which leads to many consumers losing their assets held on these exchanges and wallets. The most famous example is the Japanese token exchange Mt. Gox, from which approximately $450 million bitcoin was stolen during the years 2011–2014. Even if there initially are many careless entrepreneurs in the space, the underlying blockchain technology still works without fault.

Bitcoin as the first blockchain protocol proves the functionality of the technology. For comparison, if the IT encryption of one company is breached due to flawed implementation, it does not automatically mean that IT encryption in general does not work. The security breaches experienced by some token exchanges do not correlate with the security of the underlying blockchain technology. Many of the security breaches experienced by token exchanges and wallets share common traits in that the companies are often operated without proper licenses, and/or in jurisdictions that lack proper financial surveillance authorities. In contrast, Coinbase, Bitstamp, Gemini, Bakkt, Fidelity Digital Assets and others, are examples of token trading and custody platforms that have embraced regulation and that have a solid track record of safely managing their customers’ token assets.

Traditional technology, bank, and financial services companies make significant investments into blockchain technology. The entrance of more professional investors raises the bar for token trading and custody platforms. Institutional investors require secure and regulated ways to manage their token investments. Many financial services incumbents invest in companies that provide regulated token trading and custody services. The most notable example is Bakkt, a token exchange primarily aimed at institutional investors. Bakkt is owned by the Intercontinental Exchange (the parent company of the New York Stock Exchange) and launches in September 2019. Coinbase receives the status of a Qualified Custodian according to the Banking Laws of the state of New York (New York Banking Law § 100). Over 20 companies that provide token custody services have obtained the status of a Qualified Custodian. Many token trading platforms receive a similar status as well:

Public and worldwide token offerings (ICO) raise the interest of regulators. Initially, the programmability of blockchain protocols is used to conduct worldwide crowdfunding campaigns. In the US, the Securities and Exchange Commission (SEC) and Commodity Futures Trading Commission (CFTC) take action against crowdfunding campaigns that are deemed as illegal securities offerings. In the EU, the European Securities and Markets Authority (ESMA) publishes its recommendation for the legal interpretation of ICOs. As anyone can build an end user application on top of the open services provided by blockchain protocols, it is likely that market forces will direct the majority of monetary traffic towards those applications that serve consumer interests in the best way possible. Even if the rules are now programmed straight into blockchain protocols, in the long-run the business logic of end user applications should follow globally adopted best practices.

New secure and easy-to-use fiat-token exchanges enable global participation in blockchain protocols. Already today, there exists quite a few service providers specialised in providing consumers the possibility to convert their fiat currency into tokens. The integration of price stable tokens removes the inherent volatility risk of tokens, a risk currently rolled over to end users. The entrance of more regulated service providers like Bakkt and Fidelity furthers the interest among institutional investors to participate in blockchain protocols. The next major leap is to have traditional insurance companies enter the blockchain space.

Developers build easy-to-use end user applications for consumers. A person using email does not have to know how the underlying Internet protocols work. The reason today’s blockchain-based end user applications receive some critique is because they have not yet been able to abstract away all the complexity from end users. In the first phase towards an Internet-native economy, the focus lies on building the core infrastructure for the new Internet. Over time, the economic incentives for developers will shift towards building easy-to-use applications that make the UX of blockchain-based applications resemble that of traditional fiat applications. 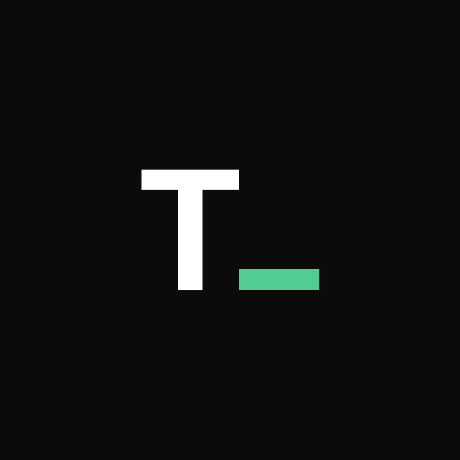